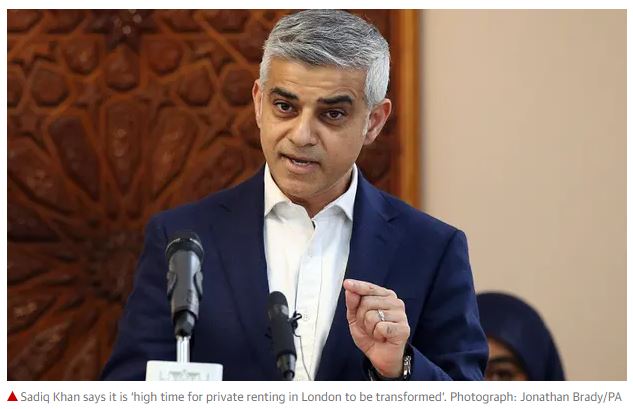 The mayor of London, Sadiq Khan, is launching his re-election campaign with a challenge to Boris Johnson to allow rent controls to be introduced if Khan wins another term in office.

Khan said victory on 7 May would mean Johnson could no longer ignore demands for the policy as he would be “ignoring the democratic will of millions of Londoners”.

Kickstarting his campaign at a housing estate in Hackney on Tuesday, the mayor was due to say: “The case for rent controls is now absolutely undeniable. But Tory ministers have blocked us from introducing our plans for rent controls in London and have simply said no.

Coronavirus: New evictions banned to help renters during crisis.Have pests at home…you are not alone.Where can you afford to live?MUST READ IF YOU HOUSE DOES NOT HAVE CARBON MONOXIDE DETECTOR